The trunk is formed by a combination of the nose, upper lip and certain facial muscles. There are no bones in the trunk. The two nostril tubes are surrounded by approximately 60 000 muscle ‘units’, divided into 6 major muscle groups, which are responsible for the dexterity and fine movement of the trunk, as well as its strength. (Amazingly, the entire human body only has 639 muscles!).

An elephant can lift 4.5% of its own weight with its trunk – in the case of a bull this is around 270kg.

Elephants breathe through two nostrils at the end of their trunk. The trunk is also used to get water and food. To get water, the elephant sucks water into the trunk, then curls the trunk towards the mouth and squirts the water into it. The trunk of African elephant has two prehensile (grasping) extensions at the tip, which it uses like a hand; the Asian elephant has only one finger (which it uses as a scoop). These ’fingers’ on the tip of the trunk are capable of very detailed movements and are able to pick up something as small as a single seed. Once an animal has been weaned, everything an elephant eats or drinks is put in the mouth by the trunk.

An elephant can breathe through its mouth as well as through its trunk, so it can retain water or dust in the trunk without having to hold its breath.

The trunk also plays a key role in many social interactions. Elephants will greet each other by entwining their trunks. They use them during play-wrestling, caressing during courtship and for dominance displays – a raised trunk can be a threat, while a lowered trunk can be a sign of submission. Elephants can also use their trunks to defend themselves by flailing their trunk at unwanted intruders or grasping and throwing them.

An elephant also uses its trunk to smell – raising it up in the air and swivelling it like a periscope, it can determine the location of fellow elephants, predators and food/water sources. 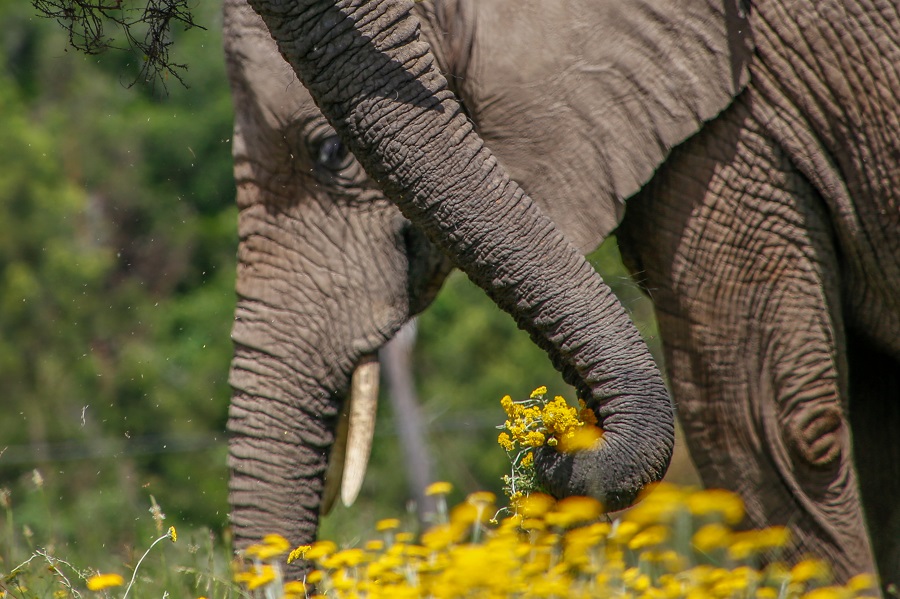 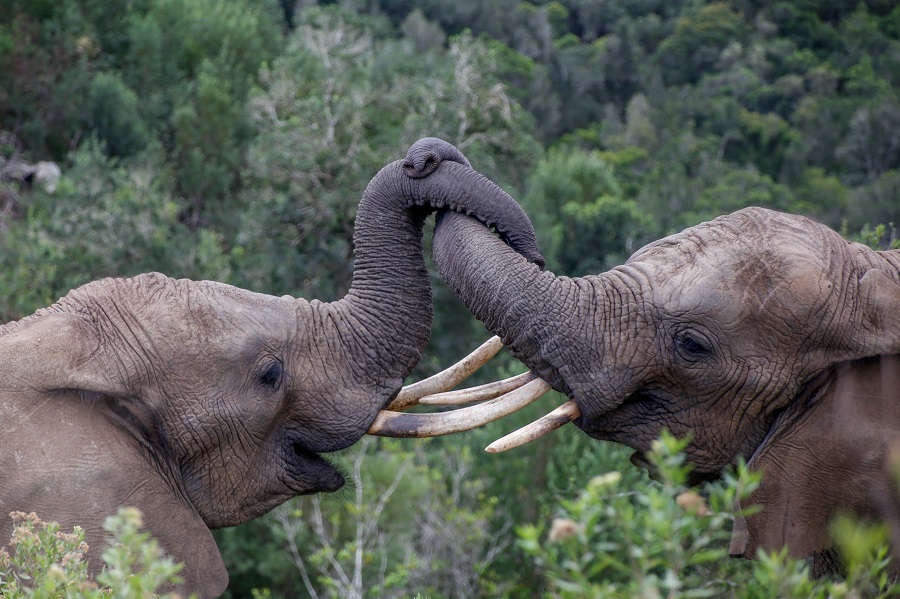 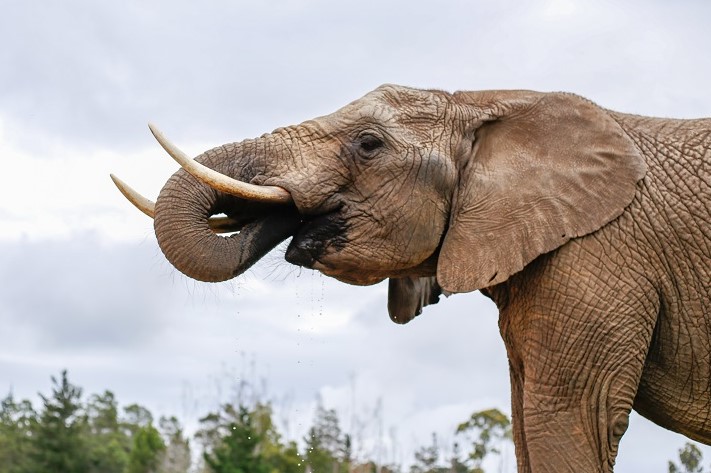 The respiratory system of the elephant is quite exceptional in a number of ways. The elephant lacks a pleural cavity, and so the lungs are directly attached to the walls of the chest cavity and to the diaphragm. Thus, respiratory movements are solely dependent on the muscles of the chest, since there is no mechanism of inflating the lungs by negative pressure in the pleural cavity, as in all other mammals. As a result of this, the elephant would find it difficult to breathe if any restraint or pressure is placed on the movement of the chest and diaphragm, eventually suffocating from its own huge weight. Air enters the lungs through internal nares, which are located high in the forehead.